You are here: Home / Suffrage 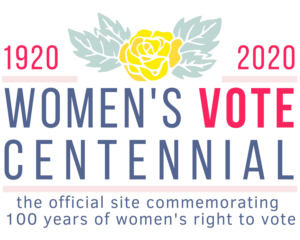 Starting this Spring and Summer, the Women’s Suffrage Centennial is being celebrated throughout Indiana and America.  August 26 has been designated Women’s Equality Day, and Syracuse has designated the week of August 23-29 as “Women’s Suffrage Centennial Celebration” week. Chautauqua-Wawasee will be putting on a number of events, partnering with the Syracuse-Wawasee Historical Museum, Syracuse-Wawasee Chamber and Indiana Humanities.  Stay tuned!  More details to follow!