Chautauqua-Wawasee and Syracuse-Wawasee Historical Museum joined together to offer three programs exploring local history for the period from the 1750s to the 1850s. The programs were in support of Archaeology Month. All programs were free to attend.

The first program, held Thursday evening at the Syracuse Community Center, featured Kosciusko County Surveyor, Mike Kissinger, who shared his knowledge and history of how Thomas Jefferson initiated the public land survey system in 1780, and how Indiana land was mapped and surveyed northward from the Ohio River. Surveyors reached the Wabash River by the mid-1820s with Indian Land remaining north of there. The 1826 Treaty of Mississinewa resulted in the Miami and Potawatomi Tribes ceding land north of the Wabash River to the United States. The treaty also established several Indian reservations, including Papakeechie’s Reserve in our area. Surveying continued around these reserves. Mike’s presentation included old surveyors’ journals and maps that show the location of natural landmarks, original lake names, Indian trails, and “forgotten” schools. The presentation was to an overflow audience of 55 regional people. Mike indicated that copies of all of the historical maps used are available in the Kosciusko County Surveyor’s Office or the Syracuse-Wawasee Historical Museum. After the program concluded, many visited with the presenter asking questions and sharing their own personal knowledge of interesting local lakes area history.

Friday evening’s program was presented by Jim Hossler who read and shared information from Richard Stone’s Journal from the period 1827 to 1842. In April 1827, Richard Stone and his family arrived after nearly a month-long (winter) journey from Philadelphia and settled near the junction of what is now U.S. 33 and SR 5. He and his family set up a tavern for travelers and traders to stop along their way from Fort Wayne and Goshen. Jim relayed that the mail carrier took three weeks for the round trip between Goshen and Fort Wayne…talk about slow mail! Jim shared stories about that period including one about
Thanksgiving; it was typically celebrated as four days, not just one. He recounted Interactions with local native Americans as well. The presentation was followed with a vibrant question and answer session. Approximately 49 people attended Saturday’s weather was perfect for the outdoor program held at Wawasee Area Conservancy Foundation enabling a record turnout. Pictures below illustrate some of the six different exhibits and activities which included:

Another popular activity was Museum Director Jamie Clemons who demonstrated a tool called “atlatl” which uses leverage to achieve greater velocity in dart or spear-throwing. Many attendees tried their hands using the tool to throw spears.

Program suggestions from those in attendance were appreciated, and planning is underway for next
year’s Labor Day event, August 31 – September 2, 2023. 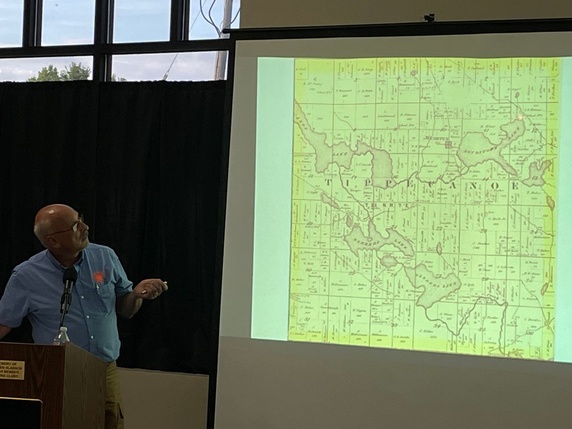 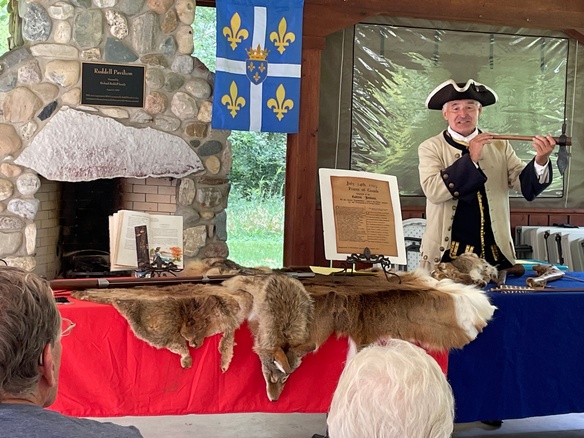 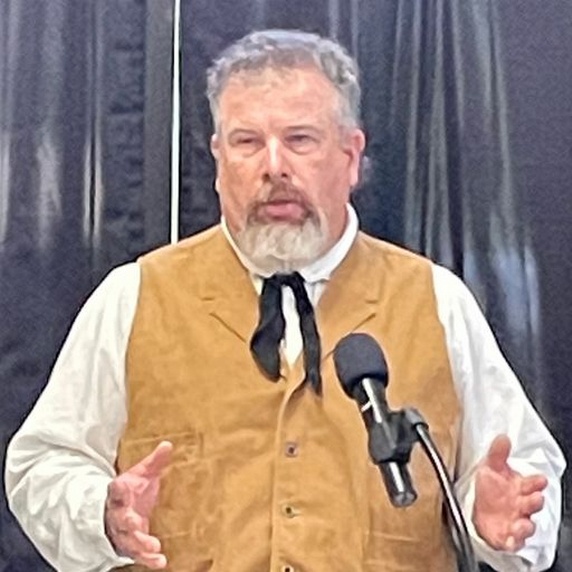 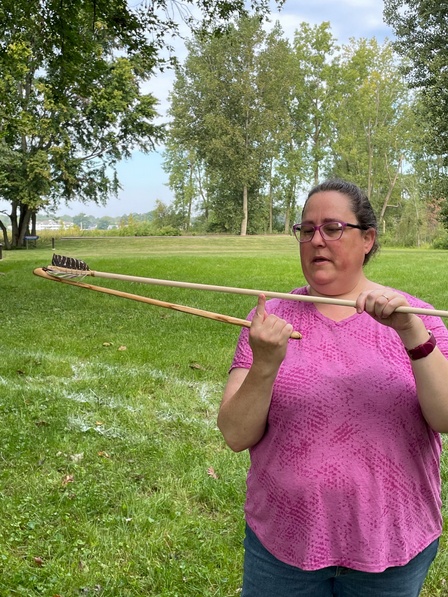 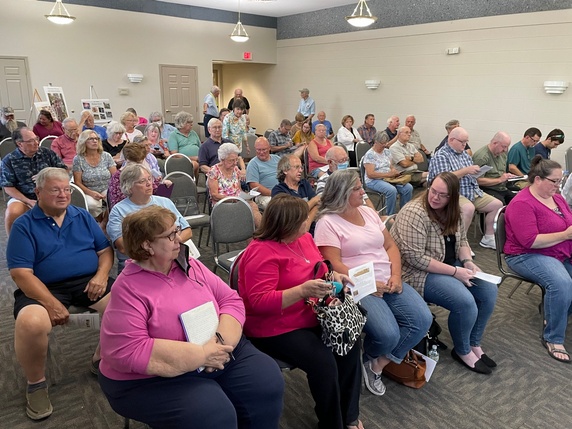 Group picture of attendees on Thursday, 9/1, at SCC. 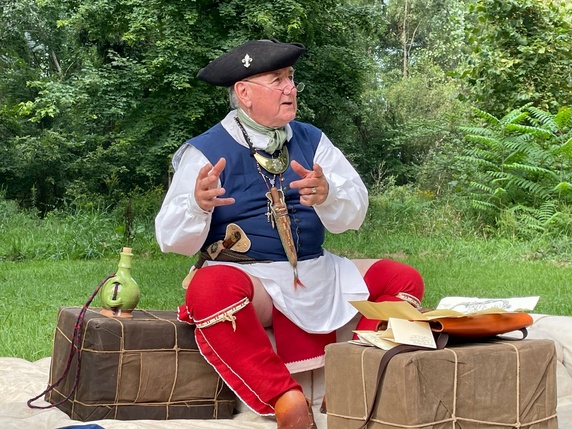 Dan Lima discussing the history of local customs and language. 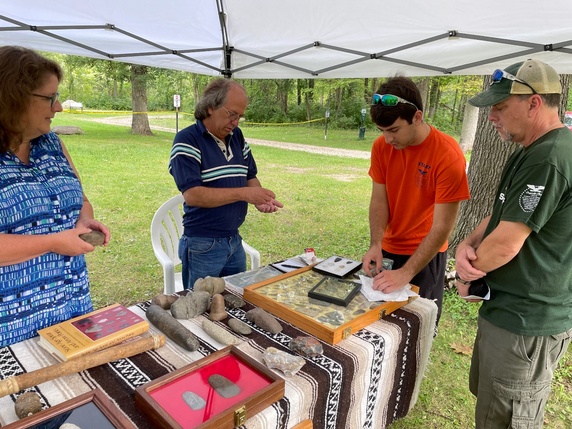